To Ku Li: This Is Malaysia

In the piece, UMNO veteran Tengku Razaleigh Hamzah (more affectionally called Ku Li) is quoted as saying that young Malays in DAP should “not let themselves be used by the party in order to control this country”, and that he hopes “they will realise this is Tanah Melayu (Malay land) and there is no other place for the Malays to go.”

It is of course not an uncommon tendency for the media to highlight sensational quotes without properly contextualising them. But if what is reported is indeed accurate, then I must say I find it most peculiar because it had been actually Ku Li himself who had advised me to join DAP more than 10 years ago.

Change in the Air

I returned from the United Kingdom in late 2006, to a Malaysia gripped by a growing wave of political activism. In 2007, two major public demonstrations – the first Bersih rally followed shortly after by the Hindraf rally – created the momentum that propelled the then-loosely allied opposition parties of DAP, PKR and PAS to create history by not only denying the incumbent Barisan Nasional its customary two-thirds parliamentary majority in the 2008 General Election but also defeating them in the five state assemblies of Penang, Selangor, Perak, Kedah and Kelantan.

Buoyed by a sense of exhilaration at the prospect of political reform finally happening in Malaysia, coupled with the fact that many of the new political frontliners were those of my generation, I made up my mind to bite the bullet and enter Malaysian politics.

Having no real idea of how I could go about taking the first step into partisan politics, I felt I needed to seek advice from those more learned. Ku Li, being a close family friend, was a natural choice as a mentor and father figure.

Although this episode occurred more than a decade ago, I can still recall vividly the conversation that took place at Ku Li’s “White House” in the heart of Kuala Lumpur. I had conveyed to him my desire to contribute to the change that was happening in Malaysian politics. It was an exciting time, and I yearned to emulate my late father who had in his youth also played an important role in the political transition that took place in our country in 1957.

Ku Li’s response was positive after hearing me describe why I wanted to take the plunge. He began by saying that he was happy to hear that I wanted to be active in politics, and that he believed I had a lot to offer. He then went on to say that UMNO was no longer the same party that he and my father had joined, that a young man with big ideas would likely find it very difficult to break through the hierarchy. In the end, he suggested something that was unexpected. “Perhaps you should consider joining opposition parties as they are more prepared to give young people a chance.”

He then asked me whether I had given thought to where I might want to be active. I told him that I was keen on being based in Penang because I grew up there, to which he responded by saying that the choices in Penang were really quite obvious. “I believe you can make an impact if you join DAP.”

And that was how, rather ironically, I ended up joining DAP in 2010. In fact, sometimes when we meet, Ku Li would still remind me that it was he who had advised me to join DAP. I remain grateful for his advice as it was a decision that completely changed my life, allowing me the opportunity to serve the nation and my home state of Penang.

Having not only been in the party but also part of its leadership for the last 10 years, I can say that I have witnessed a transformative process occurring within. When I joined, it is true that there were not many Malay members, and even less Malay youth. A lot has changed since then.

Over the years, much effort has gone into branching out of the party’s traditional comfort zone of urban working class non-Malay voters. As a result of this concerted drive that was admittedly not without internal resistance, the party has successfully managed to diversify its line-up of leaders.

From having no elected Malay representative for 18 years from 1995, DAP produced two Malay MPs and one state assemblyman in the 2013 General Election. This result was tripled in 2018 with nine Malay DAP representatives being elected (one MP and eight assemblymen, four of whom were appointed state executive councillors). More interestingly, six out of the nine were under the age of 40.

Besides the influx of new young Malay leaders in the party, DAP also broke new ground by fielding native East Malaysian candidates in both Sabah and Sarawak who went on to win in 2018.

Indeed, one could say that DAP in 2020 looks very different to what it used to be. From a fringe party that featured predominantly non-Malay and non-Bumiputera faces in its elected line-up, it is today a mainstream party that can boast of having an impressive line-up of multiracial elected representatives. It is also the party with the highest proportion of elected representatives below the age of 40.

Yet what has remained constant throughout the years has been the party’s commitment towards the principles of democracy, social justice and solidarity. It is these very principles that provide the foundation for the party’s multicultural struggle.

Ku Li was correct when he told me a decade ago that I would find greater acceptance in DAP as a young person with the desire for political reform. It is precisely the willingness of the party to embrace diversity, rather than manipulate it for narrow parochial gains, that has provided a platform for me and many others like myself – young idealistic Malaysians who yearn for socio-economic justice and a country that fairly provides for every one of its citizens.

While I appreciate Ku Li’s advice, and indeed have benefited from it in the past, I think it would not be amiss for me to remind him that this is Malaysia, and there is no other place for Malaysians to go. 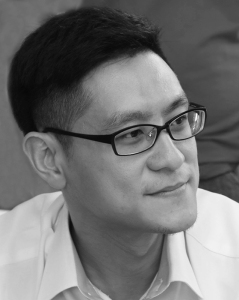